Part 6: Unpaid Overtime Claims: A Chance to Rescue the Underdog 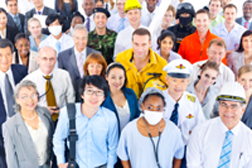 One of the most satisfying things about the practice of litigation is that every so often, you do get to rescue an individual, or a group of individuals, from an unfair and difficult situation. You get to be part of the solution for once–by helping the cause of justice to prevail. You know that you have helped to make the world a better place.

Those golden moments are a good antidote to the phone calls, endless interruptions, and to-do lists that fill everyday legal life. The enormous sweep of successful unpaid overtime lawsuits in the United States has shown that changes can be made, that employees can sometimes insist on their legal entitlements without being fired for speaking up.

Overtime cases come in different flavors, and not all are class actions. In October, it was reported that the City of Akron will sell nearly $1 million in bonds to pay for last year’s settlement of a lawsuit brought by two former city workers.

Was it housecleaning… or destruction of evidence?

The City owed overtime pay to the plaintiffs, Elizabeth Kish and Victoria Elder, after it ended its time-in-lieu-of-overtime practice. The women had used their time sheets to record how much time the City owed them, but when the comp-time practice ended, another city employee destroyed records, including 860 of the plaintiffs’ particular time sheets. The plaintiffs alleged malice in the document destruction. An Ohio Supreme Court ruled in March, 2006, that each of the 860 time sheets was an individual document under the state’s open records law, and not part of a bigger record, meaning the City had to pay $1000 for the destruction of each time sheet.

By the way, it’s hard to imagine that the plaintiffs were each asking for $500,000 in overtime pay at the outset. Probably there was some stubbornness involved.

If the unpaid overtime cases are of interest to you, internet marketing is one of the most direct ways to connect with potential claimants. Whether you are now advertising on the Net or considering shifting more of your marketing budget in that direction, OLM can help. Through OLM you can advertise and get directory listing in their online news magazine lawyersandsettlements.com (LAS), and make a marketing investment that will give you a clear return in client leads, directly related to your chosen area of interest.

A marketing campaign with OLM works because LAS works.

The internet magazine has established a high reliability rating with the Google search engine. Tonight, long after you are tucked away in bed, it may be that a solitary IT worker is clicking on GoogleNews for “unpaid overtime for IT workers”. When he does so, he will likely to see one or more LAS stories on the first half of the first result page. He is annoyed that he is stuck working late again tonight. In a few minutes he will fill in and submit one of those LAS forms to get some free legal advice.

You could be the lawyer he talks to the next morning.

This site uses Akismet to reduce spam. Learn how your comment data is processed.