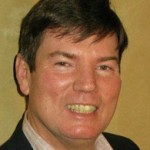 Stephen King CEO and co-owner, runs LawyersandSettlements.com with John Sliney. King brings over 20 years executive management expertise to the company, particularly in the consumer packaged goods industry where he was integral in driving and developing e-commerce platforms to create growth in new sales channels. Prior to LawyersandSettlements.com, Stephen was an executive consultant to small and mid-sized online ventures with Spectrum Direct Consulting. Before Spectrum, his 20-year career with Avon Products in both New York and Tokyo culminated as vice president strategy and business transformation, after tenure as Avon CEO and president, Japan. Stephen holds an M.S. in applied economics and a B.A. in economics from the University of California. In his spare time Stephen enjoys tennis, fine wine, and restoring his vintage car. 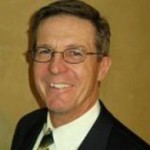 John Sliney is LawyersandSettlements.com COO and co-owner, focused on sales and business development. John has over 20 years experience as a high technology business executive, from ecommerce to electronic design automation. Before LawyersandSettlements.com, John was co-founder and president of Triaz International, a web-driven business brokerage. Prior to Triaz, he worked in executive marketing and business development positions at a number of companies including Mercado Software, Zuken, Inc., Frequency Technology, Meta-Software, Inc., Cadence Design Systems, EDA Systems, Inc., and General Electric. John holds a B.A. in computer science from the University of California at Berkeley. In his spare time, John enjoys camping, skiing and running the occasional 10k. 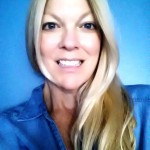 Nancy Matthews has overall responsibility for marketing, content development and customer acquisition & engagement for the Online Legal Media suite of sites. Her professional background includes heading up creative and digital marketing teams at both Fortune 500 and start-up companies, and within multiple industries including consumer goods, legal, health and hospitality. Nancy hold s B.A. in International Relations from the University of Delaware and an M.B.A. in Management from William Paterson University. She also studied Advertising and Promotion at the Fashion Institute of Technology in New York. In her spare time Nancy volunteers on the board of a local educational non-profit, participates in US Masters Swimming, and loves hitting the road. 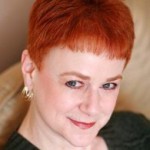 Martha Arnold is responsible for oversight of Online Legal Media’s Account Services area which includes account side integration with our Content and Editorial team. Martha brings senior level experience to her role from a wide range of industries including Consumer Goods, Insurance, Legal and Entertainment. In her spare time, Martha is a voice specialist with more than 20 years of experience as a performer in opera and musical theater. 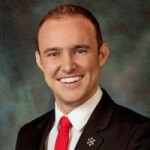 A southern California native, Ryan is our B2B Brand Ambassador and a law student at Pepperdine University School of Law.  In law school, Ryan continues to pursue education in both trial work and alternative dispute resolution.  Before starting law school, he gained valuable client-service experience at the R. Rex Parris Law Firm in Lancaster, California by working in their personal injury and class action employment law divisions. While heading up our B2B social media efforts, you’ll find Ryan is very passionate about helping people find great lawyers.  You can find Ryan here: LinkedIn. 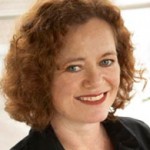 A senior legal correspondent for LawyersandSettlements since 2004, Jane Mundy has interviewed hundreds of people about many issues for the company, from bad pharmaceuticals to labor law. She is also a freelance writer for numerous national and international magazines and newspapers, including Scientific American and Lawyers Weekly. When Jane isn’t at her computer or in the kitchen, she is hiking with her border collie Lizzy or traveling with her laptop. You can read some of Jane’s travel and food articles at www.janemundy.com 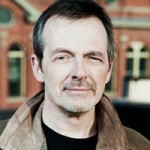 Gordon Gibb is a writer, broadcaster and media specialist who has contributed to LawyersandSettlements.com for six years. His specialty is getting to the heart of an issue quickly, and complex subjects are more easily understood in his hands. His work has appeared in major international magazines and newspapers, and his book on Nobel Peace Prize winner Lester B. Pearson published in 2006. A collective book of essays to which Gordon contributed will be released this year. When not writing, Gordon can be heard in Canada as an announcer on 100.5 KRUZ FM, and PA announcer for Peterborough Petes and Peterborough Lakers. He operates his own voiceover studio at www.GordonGibb.com. 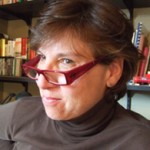 Brenda Craig is a freelance writer specializing in writing legal and financial articles for the web. A veteran journalist with more than two decades experience, she is a former network television reporter with CBC National News. Brenda served as CTV ‘s assignment editor during 9-11 and was the startup senior producer at BNN , Canada ‘s business news channel. For more about Brenda, visit her at www.brendacraig.ca

Heidi Turner has been a contributor at Lawyers and Settlements since 2006. As a freelance writer, she has had her work published in various news outlets and magazines. In her spare time, Heidi entertains her four cats and travels as much as her budget allows. You can visit Heidi at www.heiditurner.ca

A freelance writer for nearly two decades, Lucy Campbell has traveled extensively, covering stories of interest from around the world. As a contributing writer for Lawyers and Settlements, Lucy enjoys writing about legal issues that make the news and affect people’s daily lives.

Abi Kistler has been a freelance health and legal reporter and blogger since 2005. She became a contributing blogger at LawyersandSettlements.com in 2009. Abi enjoys writing about issues that concern consumers–and parents–everywhere. She believes in balanced reporting and writing that fosters open dialog and the inclusion of multiple viewpoints.