Part 4: Credit Card Claims and Class Actions: Fighting in defense of the individual 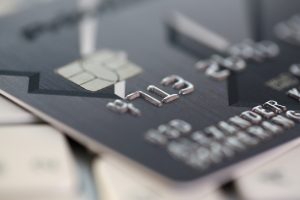 Businesses on the wrong end of Class Actions

If you are ready and willing to take on the big corporations on behalf of individual and consumer groups, you had better be ready to market yourself on the internet. I’ve pointed out earlier in this series you can get that marketing by supporting OLM’s online news magazine lawyersandsettlements.com. It’s a way to get a significant increase in internet exposure for a modest investment, and at minimal cost in terms of your own time and energy.

People who follow credit card cases will know that one of the most unpopular pieces of legislation among the large corporations is the Fair and Accurate Credit Transactions Act (FACTA), which limits what can be printed on a credit card receipt.

Unpopular because it has led to “just anyone” (imagine, the nerve) taking them to court over statutory defaults, such as printing more than five digits of the credit card number, or printing the card’s expiration date. More than 100 class action lawsuits have been filed this year against our largest corporate retailers, including IKEA, Costco, Victoria’s Secret, Toys “R” Us, and other large chains. The corporations have wasted no time in vilifying the lawyers acting for the plaintiffs.

Are lawyers picking on big corporations?

Which brings me to the topic of lawyer jokes. Lawyers are the last group that you can still publicly ridicule. Well maybe lawyers and politicians. Perhaps we should include blondes. By now we’ve got some overlap, but never mind. Maybe the jokes are popular because some people think we hold ourselves up to be better than other people. The aim of the joke is to bring the jokee down a peg. That’s why it isn’t funny to suggest that you would call “300 nurses” on the bottom of the ocean “a start.”

Back to businesses on the wrong end of those class actions. They have a vested interest in lawyer-bashing. When they complain that consumer lawsuits are all drummed up by lawyers, that they exist to make easy money for lawyers, and that they are unmeritorious—they are just confirming that the lawsuits are working.

In the latest development over credit cards, the National Consumer Law Center recently called on Congress to pass legislation to clamp down on certain so-called “fee-harvester” cards. The cards, which are currently heavily marketed on the Net, have small credit limits, and are aimed at people with poor credit histories. Upon issuance, cardholders find they have already incurred a number of high fees that can eat up nearly 80 percent of the available credit.

The NCLC says the cards often feature aggressive debt-collection operations, bait-and-switch offers on credit limits and card terms, and deceptive add-ons such as “credit protection” and unwanted memberships in travel and diners clubs.

One such card is offered by First Premier Bank. It features a $250 credit limit, at the cost of an automatic $95 program fee, a $29 account set-up fee, a $48 annual fee and a $6 monthly participation fee. That works out to $178 in immediate debt, and $72 in actual remaining credit.

NCLC Center advocate Rick Jergens gave this further example, a case in which an Akron, Ohio, man obtained a card from Capital One after medical expenses led him to file for bankruptcy. After paying a $50 application fee, he received a card with a $200 credit limit. He declined a card offer for a “diner’s club” membership, but after his wife used the card to buy a $130 baby crib, the couple found they had been billed $99 for the diner’s club membership.

This caused them to exceed their credit limit. The couple wound up paying $700 to finance the crib. They’re now in a lawsuit with Capital One, which claims the family owes $3,500.

Another card issuer, CompuCredit of Atlanta, collected $400 million in fees from the cards last year and by mid-2007 was owed $973 million in similar fees. The company apparently spent some $160 million marketing its cards on the Internet, through mailings and by other means.

So now who’s calling whom “a shark”? If these loan companies are out swimming in the waters of the Internet, the lawyers who will take them on had better be out there too. How else will the people targeted by these lenders find you?

This site uses Akismet to reduce spam. Learn how your comment data is processed.